About 200 species of birds populate more than 1,000 islands scattered over the central and southern Pacific Ocean, the Polynesian Triangle from New Zealand to Tahiti to Hawaii. 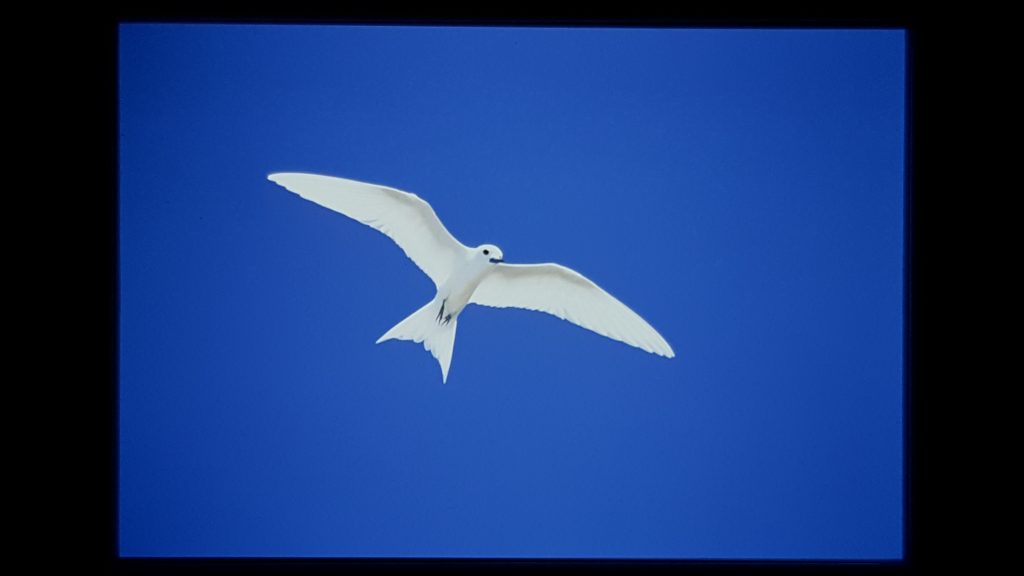 White Tern. The white tern is a widespread species that breeds on Polynesia and many other tropical islands. While these birds also nest on rocky slopes, cliffs, and buildings, they are unique among terns in using branches, a habit famously observed on Bird Island.

Red-footed booby. The red-footed booby is a large seabird. Adults always have red feet, but the color of the plumage varies. They are powerful and agile fliers, but they are clumsy in takeoffs and landings. The Red-footed Boobies are excellent fishers.

Frigatebird. Frigatebirds, on land, can sleep for over 12 hours in a single day. While flying, however, they spent less than 42 minutes per day on average. Mid-flight sleeping also occurred almost exclusively at night even though frigatebirds on land can sleep during the daytime. In the breeding season, male magnificent frigatebirds have a bright red throat pouch that they puff out to attract a mate.

Black Noddy. The black noddy is about a foot in length with a wingspan of about two feet. It has black to brown feathers and a white cap. Can be found on the open ocean and on coastal islands. Its diet is made up of small fish and aquatic invertebrates that are found close to the surface of the water.